Sports Through The Ages

Humans have been participating in sports in one form for thousands of years – some activities even predate civilization itself. By travelling back through time, historians have been able to uncover the origins

Many present-day sports trace their heritage back much further than you would probably imagine. By searching back through history, academics have been able to uncover the origins of some of the world’s favorite sports.

Primitive cave drawings from all over the world suggest that sports have been in existence for over 15,000 years. Most of these early illustrations show what appears to show wrestling matches and running races, some even include pictures of crowds, suggesting that spectators were a thing too.

Historians imply that the ‘fight or flight’ sports were developed as preparation for real-life scenarios, along with a number of throwing and hunting games that followed.

Scriptures indicate that Ancient Egypt may have been the birthplace of many modern-day sports, including long jump and javelin throwing.

Activities like these were restricted to the upper classes of society and would remain prestigious in nature as they transitioned into the Olympic Games of Ancient Greece. Privileged individuals were not required to perform manual labor, so would instead use sports as a way of keeping fit.

The ancient Olympic Games first took place in 776 BC, with the last tournament taking place in 393 AD. The modern Olympics era began in 1896, and tournaments continue to be held at cities all over the world every four years. Although inspired by the ancient Olympics, the games now incorporate modern sports and welcome participants from every nation.

Paris will host the 2024 Summer Olympics from July 26 to August 11, welcoming 10,000 competitors from to compete across 329 events. It is amazing to think that an event established in Ancient Greece has grown to include sports such as skateboarding, surfing, and breakdancing.

During the Middle Ages, European countries became the breeding ground for many sports. Most activities were still limited to the higher levels of society, with jousting and archery tournaments commonly contested among royals and nobles.

However, there were some sports that could be enjoyed by working class folks, with ball games being the most popular. The earliest incarnation of soccer was a little different to what we know today – games lacked structure and would quickly become violent.

The British are responsible for establishing a number of team sports, with their popularity spreading wildly during the time of the British Empire – most notably, Cricket.

In 1660, cricket became the first professional team sport and remains popular to this day in former colonized countries such as Australia, India, South Africa, and the West Indies. 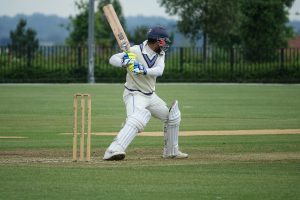 Unlike today, there were not many famous sportspeople around hundreds of years ago. That all began to change during the industrial revolution, when media outlets such as print and radio became widely available. These technological advancements meant that events could be followed all over the world, promoting the importance of sports and the professional athletes that contested them. It has gradually grown to elevate participants to the pinnacle of fame and prestige.

While the majority of sports were developed over many years, the people of North America were able to quickly establish new sports throughout the 19th and 20th centuries.

Baseball was the first sport to originate from the United States back in 1846, quickly followed by American Football and Basketball. North of the border, Canadians brought Ice Hockey into the mainstream by establishing the NHL in 1910.

North American professional sports have become heavily influenced by the entertainment business over the years. It is all about putting on show, regardless of the sporting action – nothing illustrates this better than the NFL Super Bowl, where the half-time show usually generates more interest than the game itself.

TV and internet services have transported sports directly into cafes, bars, and living rooms all across the globe. Not only has this improved accessibility to major sports, but it has also allowed newer sports to gain publicity and grow in popularity.

Technology has also paved the way for a different kind of sport altogether – eSports continue to take the world by storm, merging the competitive elements of physical sports with the technical elements of computer gaming. It has grown to encompass engaging spectator events with extraordinary prizemoney on offer.

It is clear that sports will continue to evolve long into the future. While technology is likely to be a major driver of this, it is also possible that obsolete activities will be revived and thrust into the limelight once more. One thing is for sure though, sports will always be a fabric of society and define cultures worldwide.

What Esports Mean For The Sport & Recreation Industry

With day-to-day life becoming more and more digitized by technology, it is unsurprising that video games have emerged as a…

Playing the same sports week in, week out can become tedious after a while. The best way to keep things…

Every country has a favorite sport, and in some cases, they are elevated to ‘national sport’ status to sustain their…