Playing the same sports week in, week out can become tedious after a while. The best way to keep things fresh is to push the boundaries and try something new and unique occasionally. There are lots of sports to choose from, and unfortunately it is usually the most interesting ones that get overlooked.

Listed below are seven outlandish options to consider on the quest for fun and fitness.

For thousands of years, the primary purpose of archery was hunting and warfare. It progressed to become an Olympic sport at the start of the 20th century, but it has never really been considered a mainstream sport. However, in recent years it has experienced a bit of a renaissance thanks to blockbuster movies like The Hunger Games which have inspired younger generations to give it try.

There are lots of venues that now offer equipment rentals and lessons, making it more accessible to the public than ever before. It is certainly a cool skill to learn, particularly as it involves an ancient weapon!

Another ancient game that is making a resurgence is axe throwing. It dates back to the days of the Nordic Vikings but has also been popular within logging communities across North America where competitions have been held for many years.

Like archery, this game involves firing your weapon at a target. The key is to rotate the axe on release to achieve the most power and accuracy. Axe throwing is not just an outdoor activity, there are also plenty of indoor venues offering a comprehensive entertainment experience including food and drinks, making it a viable alternative to bowling or mini golf.

This game is a fairly straightforward combination of Frisbee and golf. An increasing number of public parks are installing elevated metal baskets for disc throwers to take aim at. The objective of disc golf is much the same as regular golf – complete the course in as few throws as possible. 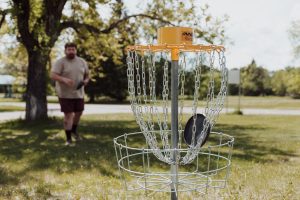 Fencing is a form of swordplay that promotes fast reflexes and tactical thinking. The sport has a prestigious history but has become more accessible in recent times, attracting younger participants in the process.

Classes are not as expensive as people think – equipment is usually provided and children as young as six years old can get involved too.

As a direct descendent of soccer, Futsal already has all the ingredients of a popular sport. This 5-a-side game is played on indoor courts using a ball that is much smaller and less bouncy than a traditional soccer ball.

No physical contact is allowed, and games are usually played at a frenetic pace – the best players possess a perfect balance of fitness and creativity.

Strictly speaking, real-life quidditch is merely an adaptation of the game made famous by the Harry Potter books and movies. This reinvented version still looks like great fun (even without the flying broomsticks) and is especially popular among college and high school students where competition is fierce. 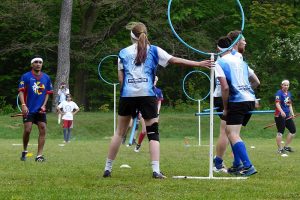 Water polo is best described as a mixture of swimming, soccer, and volleyball. This 7-a-side team sport provides a strenuous workout as it involves treading water throughout. The aim of the game is simple – retain possession and score as many goals as possible by throwing the ball into the opposition net.

Many of the sports listed above are either in their infancy or considered niche by most people. This means that the communities that form around these activities are usually very welcoming and keen to see their sport gain popularity. Reaching out to arrange a trial is a good place to start to get a feel for things before making long term commitments.

What Esports Mean For The Sport & Recreation Industry

With day-to-day life becoming more and more digitized by technology, it is unsurprising that video games have emerged as a…

Every country has a favorite sport, and in some cases, they are elevated to ‘national sport’ status to sustain their…

Book King has joined innovative software solutions provider, Univerus, in a move that will act as a springboard for development…