Television has revolutionized sports. Armchair fans now have access to comprehensive footage (live and on-demand), giving them even less reason to attend in person.

True sports enthusiasts are still out there though, and they are willing to travel far and wide to get their fix. But with so many exciting events to choose from, it can be difficult to plan what to do next.

Highlighted below are nineteen of the world’s most iconic sporting experiences – time to add them to the bucket list!

The Olympics date all the way back to Ancient Greece. Today, it remains the largest sporting event in the world. The Games take place every four years, adding an extra element of excitement and anticipation to proceedings.

The great thing about the Olympics is that it encompasses a wide variety of sports that involve participants from all over the globe, creating a festival atmosphere. The 100m Sprint Final is arguably the showcase event – witnessing the fastest runners on the planet compete for the ultimate prize is certainly a ‘once-in-a-lifetime’ moment for sports fans.

That said, having the chance to visit the Olympic Village is an experience in itself, and there are lots of other sports to check out, including new additions such as climbing, skateboarding, surfing, and breakdancing.

Paris will host the 2024 Summer Olympics from July 26 to August 11, welcoming 10,000 competitors from to compete across 329 events. It is a wonderful opportunity to absorb sporting history while exploring all the cultural delights that the French capital has to offer.

Soccer is the most popular sport on the planet, and for the fans, it doesn’t get any bigger than the World Cup. Much like the Olympics, there is an incredible atmosphere around the host cities, as well as in the stadiums. Even neutral spectators can appreciate the pride and passion on display – whether it is a group stage or knockout game, being at the World Cup is an unrivalled experience for any soccer fan.

Every April, the biggest names in golf head to Georgia to take on the Augusta National Golf Course, with the winner taking home the famous Green Jacket and over $2 million in prizemoney.

As well as taking a seat in the various grandstands that line the course, spectators can get even closer by standing alongside the beautifully landscaped fairways. It is not unusual for players to high-five supporters in jubilation, but selfies are a no-no – mobile phones are prohibited on the course!

Unquestionable the world’s largest single individual sporting event, the Super Bowl commands a global TV audience of over 200 million people. It’s the culmination of the NFL season and a chance for teams to write their names in the history books.

It is the hottest ticket in town, and those fortunate enough to get hold of one are in for a treat. The event transcends sport, providing a spectacular half-time show featuring performances from musical megastars.

The Stanley Cup is huge (both physically and metaphorically) – it is the trophy that every fan wants to see their team lifting at the end of the NHL hockey season.

Finalists compete in a ‘best-of-seven’ series to decide the victor and as each game passes, the tension builds to generate a phenomenal atmosphere in the arena – noise levels have been known to exceed 120 decibels! 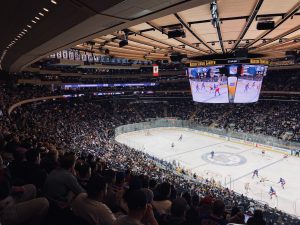 The world-famous Boston Marathon features both elite and amateur runners. Those that have not been lucky enough to get a race number and participate themselves can spectate from the city’s bustling downtown area.

Thousands of people line the streets and pack the local bars, making the whole event feel like a community celebration.

The World Series has been baseball’s showpiece event since 1903 and is played out in front of packed-out stadiums where the traditional fanfare and in-seat snacks make for a memorable day out.

The sense of history is palpable and there are normally plenty of on-field twists and turns to keep everyone entertained throughout the ‘best-of-seven’ series – including breathtaking catches and roof-raising home runs!

The Copa Libertadores is by far the biggest prize in South American club soccer, and this becomes especially apparent when watching a game alongside die-hard supporters – the locals take this tournament very seriously!

Although lots of fierce rivalries come to the fore during the competition, games between River Plate and Boca Juniors arguably generate the most passion. It can be an intimidating experience due to the hostile reception that the teams give each other, but the ‘Superclásico’ always provides an incredible atmosphere.

The Argentine Open Polo Championship has been around since 1893 and is another highlight of the South American sporting calendar. This prestigious tournament is held annually in Buenos Aires and lasts three weeks.

While the sporting action is captivating in its own right, it is the glamour of the event that makes it so special. Once the competition is over and the winners have been crowned, the crowds begin filling the city’s most exclusive nightspots for a lavish evening of celebration. 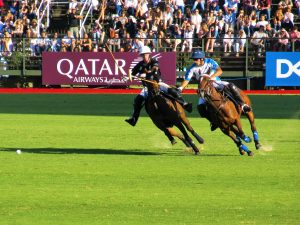 Generally labeled as the toughest race in sport, the Tour De France brings together cycling’s elite for a 2,000-mile race around France.

Spectators along the vast rural stages of the route can stand at the side of the road as the peloton whizzes pass, but it is the finish line on the Champs-Élysées in Paris that provides the most iconic ‘Le Tour’ experience.

The green grass of the All England Lawn Tennis Club welcomes the world’s topped ranked tennis players to London every June for a tennis tournament like no other.

Wimbledon combines top-class tennis with a sophisticated garden-party vibe to offer fans a thoroughly enjoyable day out at the world’s most esteemed tennis club.

General admission tickets are available on the day (for those that get in line early), granting access to several courts around the complex. In-between matches, attendees can sample the famous strawberries and cream, or a glass of refreshing Pimm’s to soak up proceedings in style.

More than 80,000 professional and amateur runners take to the streets of London every year for the marathon. Participants experience a carnival atmosphere as they meander their way past the city’s most iconic landmarks. Cutty Sark, Tower Bridge, and The Mall all provide fantastic views of the action. 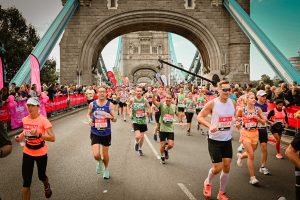 As well as pulsating action, the sport of Rugby offers a friendly fan experience. Supporters of rival nations usually sit among each other, sharing beers and banter – before, during, and after the game!

The UEFA Champions League (also known as the European Cup) is the top prize in European club soccer and the final guarantees a chance to see some of the world’s greatest players in action. A different city is chosen to host the match each year – the 2022 final is due to take place in Paris on May 28.

Every two years, 24 African nations compete in a 5-week tournament to crown the continental champions.

AFCON generates a state of euphoria among fans, with dancing and singing creating a uniquely African atmosphere in the stands.

Indians are completely obsessed with cricket, and the Indian Premier League (IPL) has grown to become the most exciting competition around – attracting top professionals from England, Australia, New Zealand, South Africa, and beyond to play in front of huge crowds every spring.

The IPL adopts the Twenty20 format of the sport, which shorter and played at a frenetic pace, creating a more entertaining spectator experience than traditional one-day or five-day test matches.

The production surrounding the games is also very different – matches are played in the evening, with short bursts of music and video screen entertainment provided during breaks in play. It feels more like major league baseball than cricket!

Sumo is pretty unique and remains largely unchanged despite being in existence for over 2,000 years. Whether it is the mawashi outfits or the arena itself, there is no doubting the strict authenticity of this sport.

The Honbasho Grand Tournament is the highlight of the Sumo calendar, drawing huge crowds over a 15-day period. At ringside, fans can’t help but gasp as they watch two gigantic athletes thunder into each other in an act of attrition – the strength and determination on display is mind-blowing, especially for newcomers. 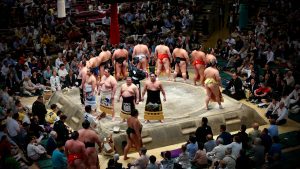 Although hosting alternates between England and Australia, it is generally believed that it is the Aussies who provide the best atmosphere.

The five-game series is spread across five different venues, but it is the MCG in Melbourne that stands out. It is the second largest cricket stadium in the world and provides a phenomenal backdrop for top-class cricket.

Aussie fans are renowned for their outlandish humor and they enjoy nothing more than teasing their English counterparts, especially when the wickets start falling!

Every year, Australia and New Zealand’s play against each other for a chance to lift the Bledisloe Cup. Aside from the local rivalry, neutral spectators have the chance to see the famous All Blacks in action – watching the New Zealand rugby team perform their Haka ritual before kick-off is always special.

Get Kitted Out: Essential Sportswear For Beginners

Sports Through The Ages

Humans have been participating in sports in one form for thousands of years – some activities even predate civilization itself.…

Do You Really Need A Personal Trainer?

Improving fitness and maintaining a healthy lifestyle is harder than it looks. It requires a great deal of discipline and…